The Slideway Junior Racing Series ended on a high note at Slideways Go Karting World Pimpama, with strong fields from the Juniors (aged 12 to 15 years) and Cadets (aged 7 to 11 years) turning on the action.

Running on the reverse track direction, the event run to the standard sprint format, with a short qualifying session followed by three 10-minute-long races, with the middle race’s starting order determined by a random draw reverse grid. 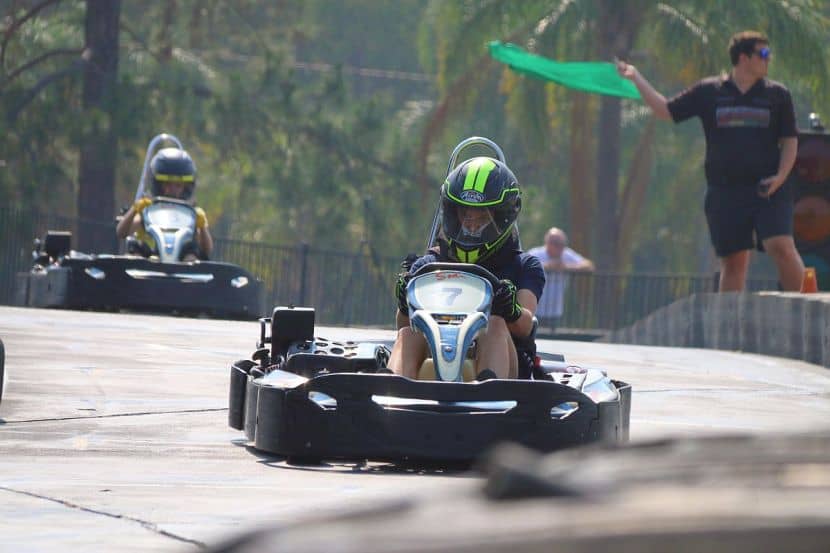 Second went to Bryson, who was pushed all the way to the finish by Skewes, then Jacobsen, Herbison, Livermore, Stimson, Durrington, Hill, Hayward, then Pierce and Adam Rathbone.

With the reverse grid in place for race two, it was Skewes out on top from Hewitt (fastest lap: 39.707sec) by only 0.205sec, then Bryson, Jacobsen, Hill, Herbison, Livermore, Durrington, Stimson, Hayward, then Pierce and Adam Rathbone.

For the finale it was Hewitt once again from flag to flag, with a 5.454sec win after setting a quick lap time of 39.536sec.

In the overall standings for the day it was Hewitt from Bryson and Skewes, while the encouragement award went to Hayward.

Qualifying set the tone for the day, with the ten kart field split by only 0.623sec, with Annabel Kennedy setting the pace with a 46.352sec time.

In the opener it was Sullivan who made it through to the lead, but was pushed all the way to the chequered flag by Kennedy, then Hughes, Naylor, Ellie Wilson, Helm, Kammerlocher, Slater, Chapman and Luke Wilson (fastest race lap: 46.041sec).

The second heat was an absolute nail biter, with Ellie Wilson claiming the victory after a last corner skirmish which saw Naylor come home in second place, only 0.086sec adrift.

Sullivan claimed third, a further four-tenths back, with the entire field covered by only 5sec.

The third and final race saw Sullivan pushed all the way to the win by Kennedy, then Naylor and Hughes, with the top-four separated by only 0.704sec.

Overall for the event it was Sullivan back on top, ahead of Kennedy and Naylor, with Hughes picking up the encouragement award.